The opening of Wales’ first drugs court aimed at tackling a spiralling cycle of reoffending rates among addicts will become a vital tool in ridding communities from substance abuse, according to Secretary of State for Justice, Jack Straw.

Cardiff has become one of four locations in England and Wales that will attempt to break the cycle of reoffending rates for robbery and theft by stamping out an offender’s addiction to crack, heroin, or cocaine. The three other sites for the scheme are Barnsley, Salford, and Bristol. 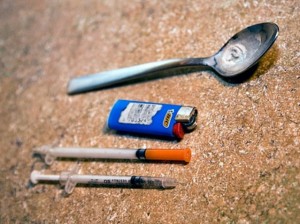 But the new courts have been criticised by a drug rehabilitation worker, who says the model, which is based on an American programme, has not returned good results in tackling substance misuse or in cutting crime in the States. Under new measures, offenders would avoid custodial sentences if they co-operated with a stringent drug testing and rehabilitation programme.

Offenders who lapse face a prison term. Wales’ court, which will operate once a week on Wednesdays from Cardiff Magistrates’ Court, will allow offenders to be monitored by the same magistrate each time, from when they were sentenced to the completion of their rehabilitation programme.

Straw said the new measures would help drive down drugs-fuelled crime by addressing its underlying causes. He said: “Drugs-related crime has a devastating effect on communities. Offenders often become caught up in a cycle of crime to fuel their habits, which in turn means their community is blighted. Our ultimate goal is
to reduce reoffending and make Cardiff a safer place to live.”

Between April and December 2008, 395 of the 1,225 offenders charged with crimes of theft and robbery in Cardiff tested positive for Class A drugs.

The Ministry of Justice said many repeat drug offenders from chaotic backgrounds. It said the aim was to provide “familiar faces” to help build a relationship between a judge and offender to motivate them into overcoming their addiction.

However, the scheme has been criticised by a drug rehabilitation organisation, which says that “time-limited” interventions would not be appropriate for individuals with long-standing drug-addiction problems.

Steve Lyons, project co-ordinator at Cardiff-based Inroads Street Drugs Project, said: “The schemes have gone some way to addressing the issue of drugs use and reoffending, but the downside is that there has been little regard to the fact that substance misuse problems are of a long term and require long term solutions.

“A time-limited intervention will not suit all,” he explained, adding that finances to run the new court would be “better used” in paying for proven treatment programmes to help people whose addiction has led them into a life of crime.

Lyons added: “These courts are based on an American model. I’d like to question their success rate – the problem in the US is said to be escalating. Why are we following a lead that has a less-than-favourable track record?”

It is understood that Cardiff Magistrates’ Court will expect to deal with around 160 offenders each year who have been sentenced to a drug rehabilitation order.

The Ministry of Justice said that offenders who broke their court orders would be “re-sentenced to either a more stringent order or receive a custodial sentence”.

It added that community orders could last between six months and three years, while offenders would receive regular drug testing in their rehabilitation programme.

Sue Thomas, chairwoman of the drugs court panel in Cardiff, argued that just because addicts would not be sent straight to prison didn’t mean the scheme should be seen as the “soft-option; tackling  drugs usage was key to lowering reoffending
rates.

One former prisoner, who wants to remain anonymous, has been through the pilot and overcame their addiction to drugs. He said: “I’ve been to prison many time and it never helped my heroin use. I had to make the choice to deal with my drug issues.

“I was able to do this with the support I received from probation and the treatment providers. Regular court reviews helped me track my progress and it was good to know I was doing well.

“My battle with drugs is now over and I’ve put an end to my offending behaviour. I can now concentrate on the important things, like my family.”

Article first published in The Big Issue in April 2009.