Campaigners have warned about a steep rise in the number of ex servicemen who end up in the prison system because of a desperate lack of support being offered to help them adjust back to civilian life.

Groups led by The Howard League for Penal Reform fear a cycle of inadequate support for veterans combined with an unprecedented number of servicemen who face exiting the armed services because of cuts to the defence budget could result in more former servicemen turning to crime. 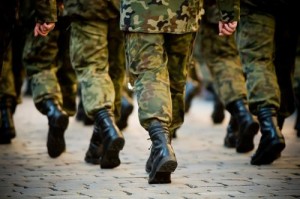 It is believed up to 8,300 ex servicemen are currently in prison in England and Wales alone. The Howard League says soldiers make up “by far” the largest occupational group in the prison system – between five and 10 per cent of the total amount.

The National Association of Probation Officers (NAPO) estimates a further 12,000 veterans are in the criminal justice system either under supervision, serving community sentences or being supervised post release.

NAPO said last year there were “twice as many veterans in the criminal justice system” than there were British soldiers serving in Afghanistan.

Juliet Lyon, director of the Prison Reform Trust, said: “Most veterans manage well on return to civilian life but some find it hard to cope. Homelessness, unemployment and undiagnosed mental health needs can lead to people becoming caught in the criminal justice net.

“Veterans appearing in the police station and courts should be properly assessed by local mental health diversion and liaison schemes.

“Trained nurses would be able to spot signs of post traumatic stress and mental illness and enable people to get the help they need. There is so much more that can be done to stop former forces personnel ending up in the prison system.”

Elfyn Llwyd, Plaid Cymru MP and Chair of the Justice Unions Parliamentary Group, added: “Far too many [servicemen] become completely cut off from society and end up in prison, probation or on parole. We have now reached a situation where thousands of ex-servicemen and women are being arrested every month, many for violent crimes.

“Clearly, we are not spending enough time preparing our soldiers for life when they leave.”

According to medical research, many former servicemen face a number of challenging problems in readapting to civilian life, including Post Traumatic Stress Disorder (PTSD), homelessness, depression and behavioural disorders.

The Howard League is currently conducting its own research into why so many former service personnel end up committing criminal acts. Some of its findings are expected to be published later this month.

A spokesman for The Prison Reform Trust told The Big Issue the amount of ex servicemen in the prison system was “a cause for concern”, adding that the Ministry of Defence had a duty of care to ensure former soldiers were able to lead happy lives after leaving the forces.

But the Ministry of Defence has questioned The Howard League and NAPO’s findings about the number of ex servicemen in the criminal justice system.

Rosalind Britton–Elliott, veterans’ spokeswoman for the MoD, said: “We dispute any figures suggesting up to 10 per cent of the prison population were former servicemen. Our own figures are based on people’s actual service records – the MoD is in the best position to disclose this data.

“Our own findings suggest the figure is actually between three and four per cent – much lower than the other studies, which we believe are statistically inaccurate.”

She added: “The fact is the majority of former service personnel return to make a huge contribution to public life. It would be an injustice to suggest otherwise. However, individuals who do struggle to adapt back to civilian life are given a huge amount of the support and help they need from the MoD.”

Research group the Centre For Mental Health published its own report last week about the problems facing veterans. The study said its own research suggested veterans were “less likely to be in prison than men in the general population of a similar age”, but it admitted there were a number of challenging issues former soldiers faced daily.

Article first published in The Big Issue in November 2010.