Rise of The Robots

The dream of one day having robots that think and act independently is a step closer thanks to the University of Birmingham’s Intelligent Robotics Lab.

From machines that explore our oceans and the surface of Mars; to computers that drive cars, aid people’s recovery from accidents, or clean up oil spills; the capabilities of intelligent robotics are only limited by the imaginations of their human creators. 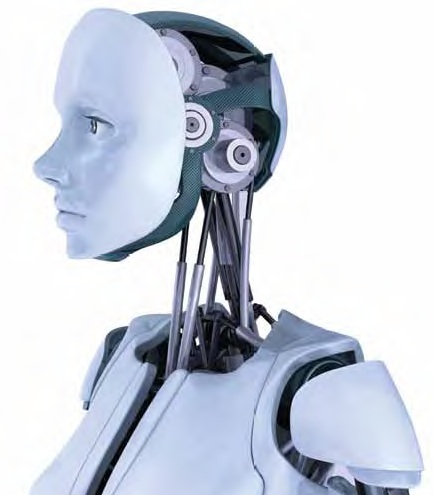 The world of artificial intelligence is in a period of spectacular progress that will fundamentally change our daily lives, and ‘further our understanding of the universe and our own world’.

The School of Computer Science’s Intelligent Robotics Lab is at the forefront of these discoveries, producing robots that can think autonomously, and independently develop new capabilities.

Co-led by Dr Richard Dearden and Dr Jeremy Wyatt, the Intelligent Robotics Lab has already produced Dora, a self-motivated robot who explores her surroundings and identifies objects as she develops her knowledge of the world.

Dr Wyatt says: ‘In our lifetime robots will gradually continue to get smarter, which will eventually have an enormous impact on our everyday lives.’

The University has invested £3 million in a new Centre for Computational Neuroscience and Cognitive Robotics (CN-CR), which will both help further technologies for intelligent  obots, and also understanding of many aspects of neuroscience such as robots that can retrain the ageing brain.

This centre, co-led by Professor Chris Miall in Psychology, has now recruited six world-leading professors and lecturers in neuroscience and robotics, a major investment by international standards that has caught the attention of roboticists and cognitive neuroscientists worldwide.

‘The flow of information between robotics and neuroscience is two-way,’ Dr Wyatt explains. ‘Evidence about how the brain works provides inspiration for how to control robots more effectively, while robots can be used as test beds for computational models of brain function.

‘This work also has practical benefits when treating brain injury, such as the development of robotic devices which can be used as robot-physiotherapists to help stroke patients recover their motor skills more rapidly.’

Many important advances in robotics will come from outside neuroscience. Birmingham also has world-leading research in autonomous vehicles, led by Dr Dearden who previously worked on the planetary rover programme at NASA.

He adds: ‘Some of the greatest scientific discoveries ahead will come from sending robots to hostile environments. Humans have already sent robots to Mars and they’ve been a great success; they’ve gone somewhere we can’t and nobody cares if they don’t come back.

‘That’s very important because if we want to know more about our universe, we need robots that are able to make some of the discoveries for us.’