Do you think any headway is being made in the public’s consciousness about the proposed badger cull, it’s very much a national issue now… 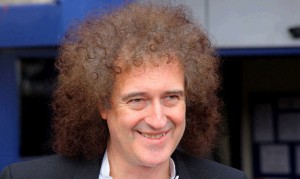 I have been involved in the issue of badger protection for a long time and I know what’s been happening over that period. I read the piece in the Farmer’s Guardian with the quotes from Farmers Union Wales that were accusing me of being a callous opportunist
for becoming involved in the debate. But I wasn’t publicising anything except the fact that I didn’t want the badgers to die. I didn’t see anything really callous going on about that.

The comments from Farmers Union Wales did upset me slightly because they could only been have written by someone who doesn’t know me. I was there and I’m not an unsympathetic person; I understand all too well the problems that farmers are facing.

How beneficial was it to witness the debate at the judicial review in Swansea?

I learnt a huge amount from being there. It hit me very heavily what was said because it struck me that so little of the argument was talking about the actual ethics of the situation. It was only about legal technicalities and that’s the way it had to be. It was almost like this was the dreg end of the process and that this hearing was the only bit that we were
allowed to take part in. Because most of it was hurried through behind closed doors, and that’s a nasty feeling because you get the sense that this entire issue has been rushed through without the public having a say and I think that is wrong.

The issue over whether there should be a national badger cull to combat the spread of bovine TB threatens to polarise opinion. Is there any shared ground now?

I found I had a lot in common with the farmers I spoke to; we didn’t actually fall out at all. There was no shouting going on, we agreed on many parts of the discussion and obviously the central fact is that we all want to be rid of this disease. It’s a fascinating quest in itself; it’s just a matter of how we do it.

It’s really best not to get too emotional about it because you can quickly lose sight of the facts. I do think it’s a bit sad that some of the farming community isn’t able to grasp the science that’s being presented to them. I think that’s a shame because the science isn’t there to hinder them, it’s designed to help them. The whole point of doing that huge study that ISG did was to find the best way of controlling TB. Their conclusion was that culling is not the best solution, it’s not viable and it’s not even going to succeed.

The trouble is it’s counter intuitive; if you get this idea that badgers are the cause of your herd being struck down with this disease you probably would want to go out in your blunder bus yourself. The intuitive thing is to kill all these creatures because they are causing us problems. But if you look at the actual science of the situation, you cannot escape the conclusion that killing badgers is not the way to do it.

Has the debate surrounding the badger cull opened up wider questions about the
treatment of animals in this country?

I personally don’t like the way we treat domestic animals either. The point where I start to lose patience is when people start saying that they’ll have to slaughter their herds because of the spread of this disease, because I think to myself that you are the sort of people who are going to slaughter all your animals anyway – that’s all you’ve bred them for. You kill them so you can make money out of people eating them.

I don’t enjoy the fact that we eat animals, I prefer not to myself although I’m not a strict vegetarian. I really get upset at the amount of suffering that’s caused among farm animals. I’m not just on the warpath; I’m not some kind of extremist out to get farmers. I’m concerned about all animals and that definitely includes farm animals. It includes laboratory animals and it definitely includes every animal we share this planet with. I think we’ve got a lot of this wrong; we’re controlled by money.

In effect, are you arguing it’s humans that are the problem, not animals?

The problem is there’s too many of us humans. We’ve become a plague on the planet and even if we’re quite careful, there’s still too much waste and destruction. We’ve already covered half the world with concrete for God’s sake. And the rest of it, we don’t make a very good job of looking after.

Have the lessons of history taught us anything about how to stop the spread of bovine TB?

The situation with bovine TB has been worse at various times in history and that’s something that I’ve only been learning recently. The origins of the disease go back hundreds of years and really the only very successful control that’s been applied is stopping the movement of cows entirely. That option has been presented to the Farmers Union and they won’t do it unless some killing goes on as well.

I think that’s a crucial issue here; in the 1930s the restriction of movement of cattle was the only method that was applied to combat this. They managed to reduce the incidences of infected cattle from over 40 per cent to two or three per cent – a spectacular fall. This was at a time when there were just as many badgers in Britain and we didn’t kill a single one. You have to look at that statistic and I find myself wondering if there is some kind of bias going on or some kind of other agenda. Why are we looking at a massive, very cruel and incredibly expensive extermination programme for badgers when it’s been proven that there are other ways to achieve what everyone wants?

Has environmentalism been something that’s long appealed to you or is a recent interest of yours?

I’ve been involved in the issue of animal protection all my life in a sense. Ever since I discovered that what was on my plate was one of those fluffy lambs running around in the fields. Ever since I had that realisation when I was seven years old I’ve felt there is a lot wrong with the way we treat animals. The badger issue particularly came to mind because I help to run a wildlife rescue programme down here in Surrey and badgers are some of the creatures that we rescue and rehabilitate into the wild. Once you deal with these beautiful creatures and you have them around you, you realise they are beings in the same way your dog or cat is – they’re like family to you and these animals are like family to me. The fact that people treat them as some kind of dispensable commodity really hurts me deeply and I just think it’s totally wrong.

First published in The Big Issue in March 2010.