Life in The Corrs is more complicated than the Irish group’s radio-friendly pop sheen would ever suggest. 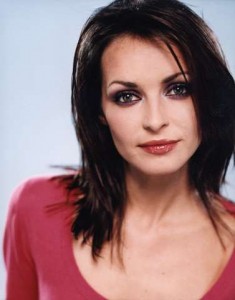 Years of global touring helping to amass 30 million record sales transformed the sibling quartet into a Celtic rock-tinged global juggernaut rubbing shoulders with everyone from U2 to Nelson Mandela and Stevie Wonder.

But five years after the group’s last album, the ‘Runaway’ stars seem to have, well, runaway. Citing “time away from the band” as the reason, The Corrs are at a curious crossroads.

Sharon Corr is now the second band member to put out a solo album, Dream of You, following her younger sister Andrea. Speaking to The Big Issue from London, where the mother of two is on a press junket, she confides she “can’t remember the last time” the band was all together.

An awkward pause follows as she searches for an answer. “It was a while back,” she giggles nervously in an Irish lilt. “It was probably the last time we all had the kids
around; suddenly we were all sitting there and someone said; when was it that
we all became mothers?

“There are five children running around and it’s like, where the hell did they all come
from? I see Andrea a lot,” she continues, “we do still see each other, but it’s usually separately.”

For now, the focus is her solo career. While no great departure from The Corrs, there is
a definite sense of her wanting to stamp her personality on the record. Six of the 12 tracks are penned by her. There are also covers of Bronski Beat’s ‘Smalltown Boy’ and The Korgis ‘Everybody’s Gotta Learn Sometime’.

“I wanted the chance to run with my own ideas and feelings,” she explains. “It does feel
freer musically. When you’re working with any group of people there’s compromise involved. Sometimes that leads to greater ideas but it’s easier to have things your own way.

“But when I’m on stage I do sometimes think it would be good to have the others there – I wouldn’t feel so much pressure. It wouldn’t be all my fault if it went wrong.”

Her home these days is Dublin. It’s a place where she says she can appreciate relative
anonymity. “It’s a really normal life there. When people recognise me in the street they’re just nonchalant about it and say, ‘how’s it going?’

“It isn’t just me; they’re the same way with Bono. Irish people don’t like it when someone gets ahead of themselves; you’re not going to get some huge reaction it’s just a causal, how’s things?”

Citing Paul Weller, Jose Gonzales and English folk singer Nick Drake as her current musical inspirations – “I just love what his music makes you think about” she says of
Drake – she’s less impressed with the rise of manufactured pop.

“The reality TV shows are stunting the creativity of artists,” she says. “The Simon Cowell thing is getting in the way of talent. The people behind it are trying to control everything musically.

“I fear what the industry does to these young people,” she continues. “Why can’t they
be allowed to develop their own voice? Bono became a great singer after years of gigs; that would never happen on these shows. Once you’re voted off it’s like you’ve fallen off the face of the earth. I don’t like the way X-Factor sets itself up as part of the music industry; it’s a TV show.”

The Corrs are hardly known for outspokenness – Jim Corr’s 9/11 conspiracy theory website aside – but this new found vocal-ness suggests change is in the air. Still, some things are predictable.

With less than three months until Christmas, she admits years of shopping for her
siblings haven’t got any easier. “The girls are still happy with handbags, fortunately,” she says. “It’s not like it’s oh look, another pair of shoes, every time. But Jim’s the toughest; he’s the gadget fiend in the family.”