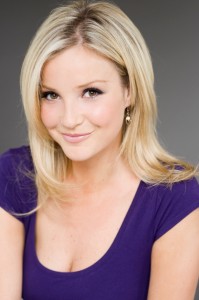 The feat is even more remarkable considering the 26-year-old Cumbrian admits to having “only been in a canoe once or twice” before starting her ordeal. Her task, carried out for Sport Relief, got underway in Nauta in Peru on January 20 and she finally crossed the finish line in Almeirim in Brazil on February 28.

She has now set Guinness World Records for the longest solo journey by kayak and the longest distance travelled in a kayak by a woman in 24 hours (75 miles). The Big Issue caught up with Skelton at London’s BBC Television Centre, barely a week since her return from South America – and her achievement was still sinking in. “For me it wasn’t about breaking any record,” she explains.

“I was the first person to do this, which is brilliant, but it just wasn’t on my mind. When I finished someone asked what the record was – I had no idea. The challenge was to complete 2,010 miles and give something back to people.”

Skelton had to paddle around 60 miles daily to complete the challenge within 40 days. Aside from the mind blowing heat and constant risk of exhaustion and heatstroke, she was constantly bitten by insects in 90 per cent humidity and had to suffer severe blistering to her feet and legs as they rubbed against her boat 12 hours a day.

Some wrote her off before she even started. Double Olympic gold rower James Cracknell told Skelton her goal was impossible. Her reply was unequivocal: “You don’t know me.”

“At the start the heat and humidity were the most difficult things,” she says. “It took me a long time to realise why I needed to drink 15 litres of water a day to stay hydrated. I got seasick a lot and I was throwing up all over myself.”

An all male film crew of five were Skelton’s only company throughout her trip. She remembers the storms being so intense “if I dared to slow down I would start going backwards. There were days when I couldn’t open my eyes because they stung so much.”

Though she was keeping pace, she suffered a cruel blow at the halfway stage on February 9. Damage to her crew’s boat and sickness threatened to end her challenge. “That was the toughest moment,” she says. “I kept thinking, if I quit now I’ll have thrown everything away.”

Before her challenge she remembers meeting a 13-year-old boy from Folkstone called Joshua who was a fulltime carer for his mum. It’s people like Joshua who will benefit from Sport Relief’s fundraising.

“For him to have that kind of responsibility must be so hard but he never moans, he doesn’t think he has a raw deal. That was on my mind: how could I moan about 40 days of discomfort when he’s had his situation his whole life?”

Skelton also saw projects further afield. Visiting Lima in Peru to see the projects that Sport Relief works on over there, she met a boy who worked at a rubbish tip each day. “He was surrounded by excrement and disease but he knew stories of people going to college and getting jobs. That was the worst thing; he knew there was potential for a way out but he didn’t know how to get there.”

She admits her worries about failing and letting people down sometimes became a mental block. “I kept thinking, how will I explain it to everyone if I don’t complete this? How can I return home and look people in the eye and what would I say,” she explains in a faltering voice. “I couldn’t bear the thought of being the person who returned home knowing they’d failed. I had kids coming up to me before I left wishing me luck, when you hear that you can’t let them down.”

Throughout her trip, Skelton’s opportunities to contact home were limited. “The journey has made me appreciate my family and friends more,” she says. “The experience was isolating, I thought about my family loads. Their words of encouragement meant everything.”

It’s a major credit to Skelton’s strength of mind that she still found time to laugh during the toughest moments. She recalls how her iPod and umbrella were the two luxuries on the trip. But when her only source of music broke, she had to resort to her own entertainment. “I was singing all sorts,” she laughs, “JLS, Cheryl Cole and loads of ’80s classics. I used to change the words to songs too.”

But it was her umbrella that was indispensable. “It wasn’t because of the rain, I was working with an all male crew and I needed to pee loads because I was drinking so much water. I used to hide behind the umbrella 12 times a day. It was the only thing protecting my dignity.”

Now she’s home, she says she’s open to a new fundraising odyssey. “I want to do something different, so if anyone comes up with an idea I know I will be stupid enough to say yes. Whatever it is I’d like to be able to wear shoes this time.”

(First published in The Big Issue in March 2010)