An interview with the former Cabinet Minister ahead of his new programme, which delves into his Spanish ancestry.

What were your motivations for wanting to make Digging Up The Dead? 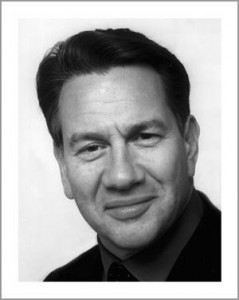 It’s a programme that I’ve wanted to make for a while and at one time I was thinking of making it as a radio programme. The issue has really been around since the change of government in Spain in 2004 and my original position was that I kind of felt that to dig up the past was a mistake. Politically it’s very sensitive in Spain, but during the course of the programme I felt there was a pretty strong case for not to dig up the dead but at least for recognising where the bodies lie.

How much aware were you of your family’s history in Spain during Franco’s reign growing up?

I was intensely aware of what happened in the civil war because my father [Luis Portillo] talked about it all the time. Some of my earliest memories were being told about the Spanish Civil War by my father. I also knew very early on that my family had been divided on different sides of the war and I knew that one of my uncle’s died fighting for the other side. I never really heard much from my father about his own experiences at war, he was quite diffident about saying what actually happened.

Your father, was a strong supporter of a democratic Spain. In researching the programme did you uncover anything about his experiences at war that you didn’t know when he was alive?

One thing I didn’t know was that when the war broke out he was in Madrid, but his home city was Salamanca. He tried to get back to Salamanca right away but he didn’t know that people were being shot there. His bus stopped half way there and he met a lady who was
travelling in the other direction who said don’t go back to Salamanca, you’ll get shot. So he turned back and went to Madrid, and the decision probably saved his life.

Your father chose to fight unarmed. Is it known why he took this risk?

He was fanatical about life, not only about human life but all life. We weren’t even allowed to kill flies in the house. Before he was fighting in the front he was employed as a lawyer and he often had to review death penalty cases, which he always commuted. He said
of that decision that he was in favour of saving life at a time when destroying life was in fashion. So when he went to the front it was logical to him that he wouldn’t carry a weapon and he was therefore given other tasks to do. He’d run messages and suchlike. It was a dangerous decision to make [to go unarmed] but he couldn’t bear to be in a situation where he could either literally kill one of his brothers or one of his fellow Spaniards.

Visiting the sites of the mass graves must have been extremely upsetting. Do you have any lasting memories?

A lot of it was extremely shocking; I hadn’t known anything about the four thousand bodies in the cemetery in Malaga very close to the Costa del Sol. I know the hills around Granada quite well but I didn’t know there were thousands of bodies lying in the ravine. The individual stories from local residents were tragic and very shocking, some people had been looking for the bodies of their parents their whole life.

Has the Spanish government done enough to reconcile families with the remains of their loved ones?

Can anything be learned from the lesson of the Spanish Civil War for areas in the world that are presently in the grip of totalitarianism?

As a politician with a proud European heritage, what are your thoughts on the Conservative Party’s changing stance on holding a referendum on the Lisbon Treaty?

I approve of David Cameron’s position completely.  I am dismayed by the resignations of Daniel Hannan and Roger Helmer over the issue of whether there should not be a referendum on matters such as the Lisbon Treaty.

Has your own stance towards European integration changed since we’ve entered a global recession?

Next year is potentially a decisive year for the Conservative Party. Are you satisfied with the progress that has been made so far?

I’m satisfied but I don’t think it’s in the bag. There is a major challenge ahead because the Conservatives only won 195 seats in the last General Election and that means the swing they need is enormous, almost unprecedented.

I thought that the decision by the BBC to let him appear on the programme was the right one.  The fact is he is now an elected MEP and although it’s an extremely stupid European system that allows him to become an MEP with a very small proportion of the vote, he has been voted in and I suppose he has to be given the opportunity to air his views.

(First published in The Big Issue in November 2009)