Plans to nationally rollout supervised clinics for heroin users have been backed by a Swansea-based addiction charity, despite fierce opposition from other drugs organisations.

The Randomised Injecting Opioid Treatment Trial (RIOTT), which has been piloted in London, Brighton and Darlington, allows users to either inject heroin or take methadone in supervised conditions in an attempt to reduce the amount of drug-related acquisitional crimes. 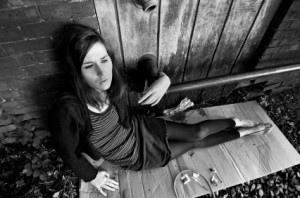 But the project has attracted strong criticism from some anti drugs lobbyists, which have branded the scheme “a ludicrous approach to the war on drugs” that will continue to fuel people’s addictions.

Mary Brett, UK spokeswoman for anti-drugs lobbyists Europe Against Drugs, said: “Most drug addicts want to give up, and addiction can be cured. We should be trying to help them back to a normal life. This isn’t even trying to cure them, it’s just giving them their heroin for free. It is defeatism.”

But the scheme has been backed by Swansea Drugs Project as a “realistic and pragmatic way” to tackle the cycle of drugs and crime. According to the Home Office, three quarters of heroin and crack cocaine users commit crime to fund their habits.

Ifor Glyn, director of Swansea Drugs Project, said:  “There is no getting away from the fact that the scheme provides addicts with heroin, but is it not better that it’s done in a controlled environment where the damage to themselves and others can be limited?

“There is going to be criticism for supplying addicts with drugs but we live in the real world, drug misuse exists and the impacts it has on communities in Wales needs to be minimised. We cannot pretend that there is not a drug problem in Swansea.”

The charity said it had seen a 54 per cent increase in drug referrals in the last year, with more than three quarters attributed to heroin use.

Mr. Glyn added:  “The wider effects of drugs on communities are devastating, behind so many crimes committed in South Wales are the effects of substance misuse. Most people who work in the anti drugs field know [the RIOTT] scheme works. We can either accept the status quo or take bold steps to reduce the impact drugs have on communities, users and their families.”

The scheme would also, “lead to a reduction in crime as well as preventing illnesses addicts face such as Hepatitis C and HIV,” according to Mr. Glyn. “It would also mean people taking the drug were getting the safest possible form of it, rather than street heroin which is cut with all kinds of substances.”

The RIOTT pilot, which launched in 2005, aims to gradually reduce a person’s usage of drugs in order to bring the addiction under control and phase it out.  Last year the government said it would consider rolling out the scheme after reviewing its
performance.

Proponents of the RIOTT scheme said users of street heroin had reduced their £300 a week habit to £50 a week after six months on the programme.

Meanwhile, a new text message scheme designed to give drug users advice on how to avoid overdosing, has been set up by Swansea Drugs Project in a bid to reduce the number of drugs-related fatalities in the city.

The service, which is the first of its kind in Wales, is open to new and existing users. Examples of the messages that will be sent to people include, “never share cookers, spikes, spoons or filters” and “identify your own works to avoid any mix-ups.”

Article first published in The Big Issue in September 2009.