Following in the footsteps of a fearless Victorian mountaineer who scaled over 500 of Scotland’s most daunting peaks is not the challenge for those with a dizzy disposition. But it’s exactly where the BBC’s Coast and Map Man presenter Nick Crane found himself when he became an Englishmen who went up a hill and nearly fell off a mountain.

Crane’s latest television series, Munro: Mountain Man, finds the affable broadcaster climbing some of the most hair-raising mountains in the country in homage to one of the Scotland’s most gifted mountaineers, Sir Hugh Munro. 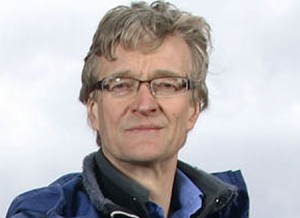 In his lifetime, Munro scaled all but three of Scotland’s 538 mountains over the height of 3,000ft, breaking countless records along the way and pushing the boundaries of what was thought to be achievable in mountaineering circles to incredible new heights.

Born in London in 1856, Munro grew up in JM Barrie’s hometown of Kirriemuir in Angus, and went on to become one of the most important mountaineers of his era. His feats led to the first accurate cartography of Scotland’s mountain ranges and he’s still considered a legend in climbing circles.

Munro has even lent his name to the unusual pursuit of Munrobagging, where even today dozens of amateur and professional mountaineers set off to emulate Munro’s record by reaching the top of as many of Scotland’s most breathtakingly dangerous mountains as possible.

Crane, 55, who has been Munrobagging since his teens, says Munro was a trailblazer who helped lay the groundwork for modern mountaineering. “He had an incredible work rate and what he did was an unthinkable undertaking,” Crane explains. “He had immense drive and he was out there in all weathers. He described on one occasion how he came back from one of his climbs and had to have the snow scraped off him before he could even get indoors. He looked like a walking Yeti.

“We have Gore-Tex and GPS, Munro had tweeds, leather boots and a compass,” he adds ruefully. “The maps he used were not accurate; Scotland was a very different place to the one we know today. The technique he used was called dead reckoning, that’s where if you cannot see where you’re going because of bad weather you would time yourself from your compass bearing. It’s a very difficult technique to perfect if you want to avoid walking off a
mountainside.”

But it was Munro’s almost telepathic ability to foresee danger that ensured he always made it safely to his next challenge. “He could instinctively predict how the weather on a mountainside in Scotland could change,” Crane says.

To understand the scale of Munro’s achievement is to recognise the huge dangers involved in his relentless pursuit to accurately map Scotland’s mountains. But like all great explorers, Munro had a major adversary who throughout his career threatened to steal his lifetime’s work from under his frost-bitten nose.

His name was Reverend Archie Robinson, a hardened climber with a magnetic personality who stole a march on Munro by finding a quicker way to travel between the Scottish mountains and climb the peaks at a faster pace.

“Munro and Robinson knew of each other, but the tales of the level of rivalry they had are speculative,” Crane explains. “But there was ultimately strong competition in what they did. And yes, there is a twist in the tale, which the programme reveals.”

Crane’s mission to follow in the footsteps of Munro took him to some of the most beautiful landscapes in Scotland, but even as an experienced climber he still had some touch and go moments.

“We got hit by a very big snow storm on one of Glencoe’s more difficult mountains and the camera crew was forced to turn back,” he remembers. “We had to concentrate 100 per cent to get off that mountain safely. There was another time when we filmed a rock climb on Britain’s most difficult mountain, in the Cuillins on the Isle of Skye. It was a sheer rock spike with a 3,000ft drop on either side. Not the sort of place where you want to lose your
concentration, or your footing I suppose.”

“I’ve always been fascinated by maps, ever since I was very young I would rummage through bookshelves in my parent’s home to find them,” Crane says of his first forays into hill walking.  “Exploring your local area doesn’t need to be expensive, Ordinance Survey maps are cheap and if you start out slowly you can build up to the more challenging climbs.”

But Crane warns it’s vital amateur explorers equip themselves with the right gear. He says he’s stunned at the number of people in Britain who need to be saved by mountain rescue teams because they’ve gone out lacking basic equipment. In 2008, Scottish Mountain Rescue was called out to 387 incidents.

“It’s just idiocy. Aside from putting your own life at risk, you could be preventing someone else from being saved who got into trouble through no fault of their own,” he says. “In my mind Munro wasn’t a risk taker because he was such a brilliant navigator. He knew the Scottish weather and mountains so well, but so many people don’t understand even now the fickleness of British weather. He very rarely put himself at risk because he knew exactly what he was doing.”

First published in The Big Issue in September 2009.