When Portsmouth FC lifted the FA Cup at Wembley last month, it was Feeder’s anthemic ‘Feeling A Moment’ that echoed around the stadium. “It’s become a victory song,” says the trio’s drummer, Mark Richardson. “Taking the place of ‘We Are The Champions’, he adds with a hefty dose of irony.

For a band that’s overcome personal tragedy after the suicide of the group’s co-founding member and drummer Jon Lee in 2002, the group, led by Monmouthshire-born Grant Nicholas and Japanese bassist Taka Hirose, have had to be reacquainted with playing songs that are cheered as much as the winning goal in a Cup Final. 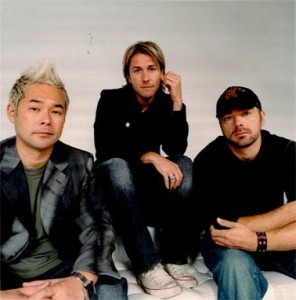 “It was fantastic to be asked to do it, being a Welshman,” Nicholas says. “I’m quite into rugby so it’s bizarre to play with the whole team sat in front of you. I met Ryan Jones, we enjoyed it didn’t we?”

“Yeah, it were good,” replies Richardson in a flat, brogue-ish Leeds accent. “Obviously, Mark is English and Taka is Japanese, but the team didn’t throw things at us,” Nicholas says. “They did seem into it.”

Silent Cry is a watershed in the band’s 16-year-long career. Inspired by Nicholas becoming a dad for the first time in 2005, it’s an album peering out into a world immersed
in tragedy but not without hope.

“I hate the word universal, but it’s a more outward-looking album,” Grant explains. “In the last three years there’s been a lot of things happening in the world, even dating back to the Asian tsunami.” Feeder played at the Tsunami Relief Concert at the Millennium Stadium in January 2005.

Musically, Silent Cry is harder sounding than the band’s previous release, Pushing The Senses. Pianos and strings have given way to angry guitars and blistering drums reminiscent of the group’s early work.

“Silent Cry definitely has that stripped-down quality,” says Nicholas, who chose not to use
a producer this time. “It just happened really, there was no plan,” he explains. “We had to stop our writing process to work with these guys,” Hirose says. “It was like, come on, you know.”

“It’s great to have a known producer but we felt the songs were good enough to stand up on their own,” says Nicholas. “It’s brought something different to this record, kept it a bit freer and organic.” Silent Cry is a progression, but is still a reminder of the band’s early days.

Formed in Newport in 1992 by Nicholas and Jon Lee, Feeder soon attracted the attentions of the UK press with their melodic, sure-fire rock. After moving to London, Taka Hirose joined on bass. As their sound grew, so too did their fan base.

Their 1999 album, Yesterday Went Too Soon, established them as bright young hopes. Helped by touring slots with their friends Manic Street Preachers, Feeder were flying. The hits flowed on their third album, Echo Park, with chart busting singles Buck Rogers and Seven Days in The Sun pick of the bunch. 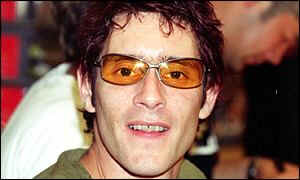 For Nicholas, who’d known Lee since childhood, it was a devastating loss compounded by the fact the singer had accidentally failed to answer a call from his troubled friend on the night he died. In the fallout, Nicholas and Hirose didn’t know if the band could continue.

But in the maelstrom of grief, Nicholas started writing again. Joined by Skunk Anansie drummer Mark Richardson, the result was 2003’s Comfort In Sound. A record steeped in
loss, it was widely viewed as their best yet.

“We didn’t know what was going to happen after losing Jon,” Nicholas explains. “Mark came in to do drums on the record, but there was no real plan. We didn’t know if the record would sell enough for us to carry on.”

Nicholas described Pushing The Senses as the band’s “recovery” album. “After losing Jon we had to learn to write in a different way.” The band had grown musically but the past
would never truly be behind them.

“It’s difficult when you have an old song that everybody wants to hear, it’s hard leaving stuff behind,” Nicholas says shuffling in his chair. “We don’t follow any trends, we don’t honestly care what’s cool or flavour of the month. But what is cool? Cool for a week or a month and then forgotten about – it’s a dangerous thing.”

Feeder’s highest charting single, the ineffably jolly ‘Buck Rogers’ – actually about a relationship breakdown – is the band’s most famous song. The Big Issue ventures that many bands have to contend with having famous songs that are unrepresentative of who they are.

Nicholas fidgets awkwardly at the reminder. “I don’t know if it’s just the words ‘Buck Rogers’, but there’s something about that song that makes people remember it,” he says. “’Just The Way I’m Feeling’ is our biggest ever radio hit but people don’t really mention that song, it’s bizarre isn’t it?

“I think we’re all just very grateful to be able to do what we do,” he continues. “It takes a lot of hard work being in a band, it’s not all about flying about in helicopters.” His last remark provokes chuckles from bands and the entourage.

“Longevity-wise it’s probably only us, Stereophonics, Manic Street Preachers, and Super Furry Animals out of the Welsh bands that have survived,” he says. “We’ve always worked hard and had records people seem to like. Maybe that’s why we carried on. It’s why the Manics are still going.”

“You never know what the future holds,” Richardson chips in. “But I think it’s important to enjoy the moment and what you have while you’ve got it.” But can you do that and still remember somebody you’ve lost?

“I think when you lose somebody, yeah of course you move on, but you never forget them,” Richardson answers. “Jon will always be a part of the music he recorded and that we play every night. He’ll never be forgotten, but you have to move on. On a personal level you must, it will grind you into the dirt if you don’t.”

“It’s the same as losing a family member,” Nicholas adds. “The only difference is the music being a reminder. It’s nice it still gives you that memory.” He says that Jon’s memory is alive most in the band’s much-loved early hit, ‘High’.

“I don’t want to sound morbid,” Nicholas says, “but that’s the song Jon’s mum wanted played at his funeral. It’s why we still play it because it’s a special song for the band. That does sound a bit morbid, doesn’t it?”

“I think it’s really positive, he lives on through that song,” Richardson replies.

But after 16 years in the music industry’s unforgiving spotlight, where do the trio find the drive to keep going? “I don’t have a life outside of music, it’s my life,” Nicholas wails.

“I’ve got a mortgage to pay,” Richards adds.

“It might sound weird after all this time, but we really do feel we can take it to another level,” Nicholas says. “All I know is that I want to carry on doing it for as long as we still feel we’re being creative. When that stops we’ll call it a day and…have lots of barbecues with our kids.”

As Cardiff’s famous rain pours unabated outside the window of The Point, it seems the kids might be waiting some time yet.

First published in The Big Issue in June 2008.