A new film showing graphic scenes of heroin abuse in Swansea has been defended by anti-drugs campaigners, who say it’s “time to face facts” about the city’s spiraling drugs problems.

Swansea Love Story, which has just been released online, has won praise for its hard-hitting documentary footage of a group of Swansea-based heroin addicts going about their daily life. 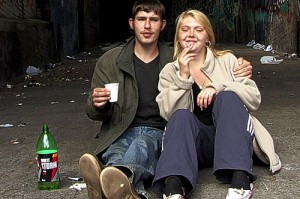 The city has seen a 178 per cent rise in heroin use in the last four years, a statistic which the filmmaker’s said led them to respond with a hard hitting new film.

The work has been created by London-based Vice Magazine’s broadcasting arm VBS.TV and was co-directed and produced by the magazine’s editor Andy Capper and the son of film legend Mike Leigh’s son, Leo Leigh.

It contains graphic footage of people preparing and taking heroin in the city’s rundown tower blocks and abandoned buildings, and was researched with the help of the city’s Swansea Drugs Project scheme.

Andy Capper said: “It’s not an anti-Swansea film, it’s an anti-drugs film. The 178 per cent statistic is just registered heroin users; you can bet your bottom dollar the real figure is much higher. It’s a problem all over the country, it’s not just Swansea. “

The film has been defended by local politicians and drugs councillors, who have said it is tackling “real issues blighting communities in Swansea and all over the UK.”

Dai Lloyd, Plaid Cymru Assembly Member for South West Wales and party spokesman for Social Justice, said: “We can’t run away from the issues being shown in Swansea Love Story, it is time to face facts that we have a huge drug problem on our streets that’s blighting communities in Swansea.”

Mr. Lloyd, who has been a GP in Swansea for over 25 years added, the clips he had seen “showed a very gritty reality on the streets of the city, but people need to know what’s happening.

“There is a risk that Swansea will become stigmatized by the film, but it’s time we stopped hiding from the issues. The title of the film maybe Swansea Love Story, but it could be any community in the UK. The film is addressing problems relevant to the city today.”

Meanwhile, Swansea’s most senior policeman, Chief Superintendent Mark Mathias, has warned the film risked undermining the hard work being carried out by frontline drugs services in the city. 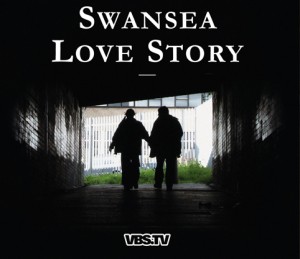 He said Swansea was “leading the way in Wales in a number of projects to address this” and that “like other cities, Swansea’s substance misuse agencies have seen an increase in heroin use over the past few years.”

He said: “The film will be shocking to some and I’m sure the police have their concerns, but Swansea does have a problem with substance misuse. Vital work is being done by Swansea Drugs Project, but I don’t think the film will unfairly pick on Swansea; it’s an issue most large communities sadly have to tackle these days.”

Both Lloyd and Kinzett acknowledged that the last major film to highlight Swansea’s social problems, the 1997 black comedy Twin Town, also created a media storm for its portrayal of jobless, drug-using youths in the city.

However, Kinzett argues “we now have a very serious film looking at similar issues [to Twin Town]”.

Capper argued: “Films like Trainspotting and Twin Town have glamourised that situation to an extent, but they’re far from the reality. We just turned up with our cameras and followed these kids around.

“Some wanted to talk, others didn’t. My theory why they gave us so much of their time was because outside of the police and drugs services, nobody will give them the time of day. Nobody wants to know what their lives are like.”

Eddie Isles, chairman of Swansea Substance Misuse Action Team, added: “The film’s producers were very cooperative with working alongside anti-drugs organisations in the city. Our attitude is it is a hard hitting film, but are we doing better by hiding our problems away?

“It’s a sad film. It’s not hopeless but it shows how the lives of the individuals are going to waste.”

Article first published in The Big Issue in February 2010.